Earlier this year, my sister and brother-in-law bought a converted mill in the village of Cenac here in the Dordogne. The house is in need of renovation and Richard (my brother-in-law), has spent the last three weeks gutting the interior to prepare the way for the builders.

Having visited the house several times already, I had one definite photo in mind for this week. The house has a charming covered terrace overlooking the front garden. The average summer in the Dordogne boasts plenty of sunshine and temperatures around 30 degrees, so the covered terrace is a spot that is sure to see plenty of use once the house in finished. To me, Richard sitting on the terrace wall was the obvious image to make. 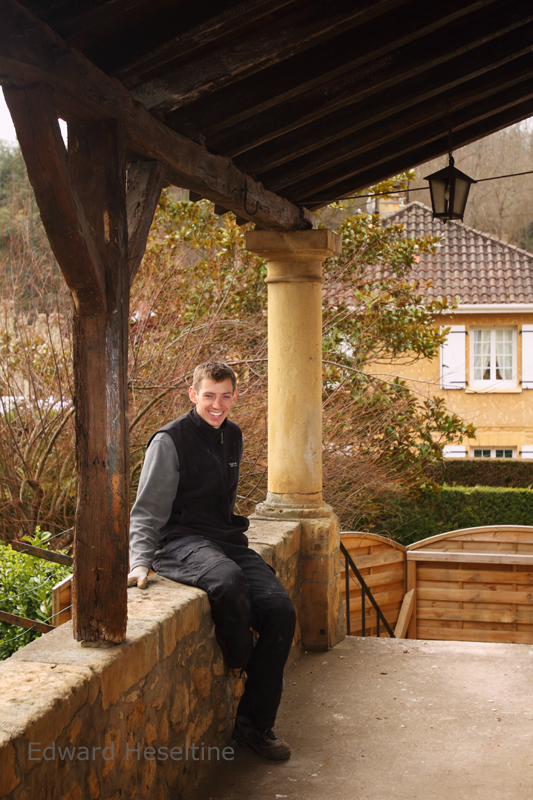 I like the balance of the upright supports framing Richard, the contrasting diagonal beams across the top of the image and the balance of natural daylight down the left side of Richard with the fill flash lighting him from the front. The windows and shutters on the house in the background are typically French and leave the viewer in no doubt as to the location of the property.

As Richard was at the house to continue work on gutting the interior, I took the opportunity to photograph him in action too. For the first three, the light coming through the window from the overcast sky made an ideal light source for photographs of him working on chipping away the old tiles around the window frame.

A major element of the renovation has been uncovering the monumental fireplace that stands as a feature in the centre of the house. Being a truly ancient property, the fireplace would have originally been the only source of heat for the entire house/mill, hence its size. On its own, it failed to make for an impressive picture however. 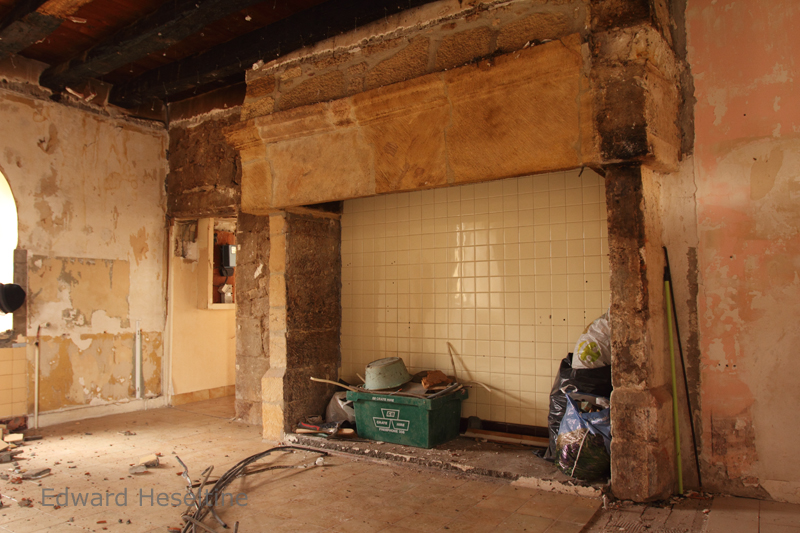 To add some interest, I arranged for Richard to come in with his hammer and chisel and lit him from the side. By adjusting the camera position to look up at Richard from close to the floor and arranging the lighting to give a high contrast between light and shadow, I’ve tried to portray Richard as master of his surroundings, which I think has worked well here. 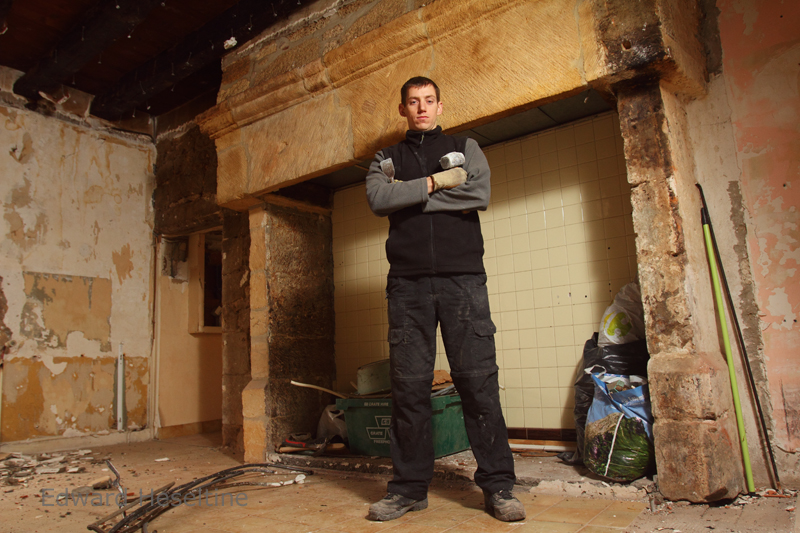 Finally, I spent some time picking out small elements or objects around the building to reveal some of the details at the house.

I hope you enjoyed looking at these images as much as I did making them. Please feel free to share your thoughts below.